First Anniversary of the Sierra Leone Next Step Tour

Today marks the Anniversary of what is considered the greatest heritage tour that has happened in Sierra Leone, to date.  Not only did Fambul Tik plan, coordinate and implement a successful heritage trip to Sierra Leone in 2019, but everyone made it back safely and healthy.  What the sojourners experienced on this trip was surveyed and we bring the results to you on this day of the Anniversary.

From December 27, 2019 to January 7, 2020 a group of African Americans, most of them Gullah-Geechees formed the largest heritage experience group that traversed all regions of Sierra Leone to learn more about their history and culture.

Following a model based on slavery, resistance, and abolition, they started out with a visit to Bunce Island, a slave fortress in Sierra Leone that has some strong links to the United States, as it once existed to send enslaved Africans directly to plantations in South Carolina and decades later, Georgia.

The second aspect that showed resistance to the Trans-Atlantic Slave Trade saw the guests visit Old Yagala in the northern and mountainous region of Sierra Leone, where Africans resisted the slave trade.

The third aspect saw the participants visit Freetown, which was a depot for formerly enslaved people that were either taken to Freetown from the West or “recaptured” at sea and dropped off in Freetown.

There were also some other features of the tour as designed, to emphasize the “Sierra Leone-Gullah Connection,” a quiet movement of thirty years already.   The guests visited Senehun Ngola, the origin of a Mende song still being sang in America.

And the visit to Rogbonko Mathaka, the shuku blay (sweet grass basket) capital of Sierra Leone, brought a seventh generation Gullah-Geechee woman whose family has been sewing Sweet Grass Baskets for over 200 years.  Those villagers who had never seen anyone work their trade from outside their village let alone from outside their country, were simply in awe.

Our visitors learned about Sierra Leonean culture and history.  Similarly, and inversely, they also taught Gullah-Geechee history and culture to Sierra Leoneans.  “These experiences are captured into one unique and innovative number that the organization refers to as the Heritage Experience Radar Diamond (HERD), an attempt to set a baseline from which our organiztion, and others, can use as planning tool,” said Amadu Massally, the CEO and co-founder of Fambul Tik.

The experiences as captured by the survey and its summary in the report can be found here: Fambul Tik The Next Step Tour survey report 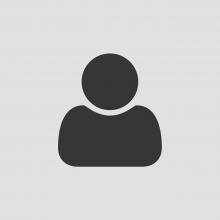